In February 2020, Columbia alumni were treated to a fascinating trio of events. 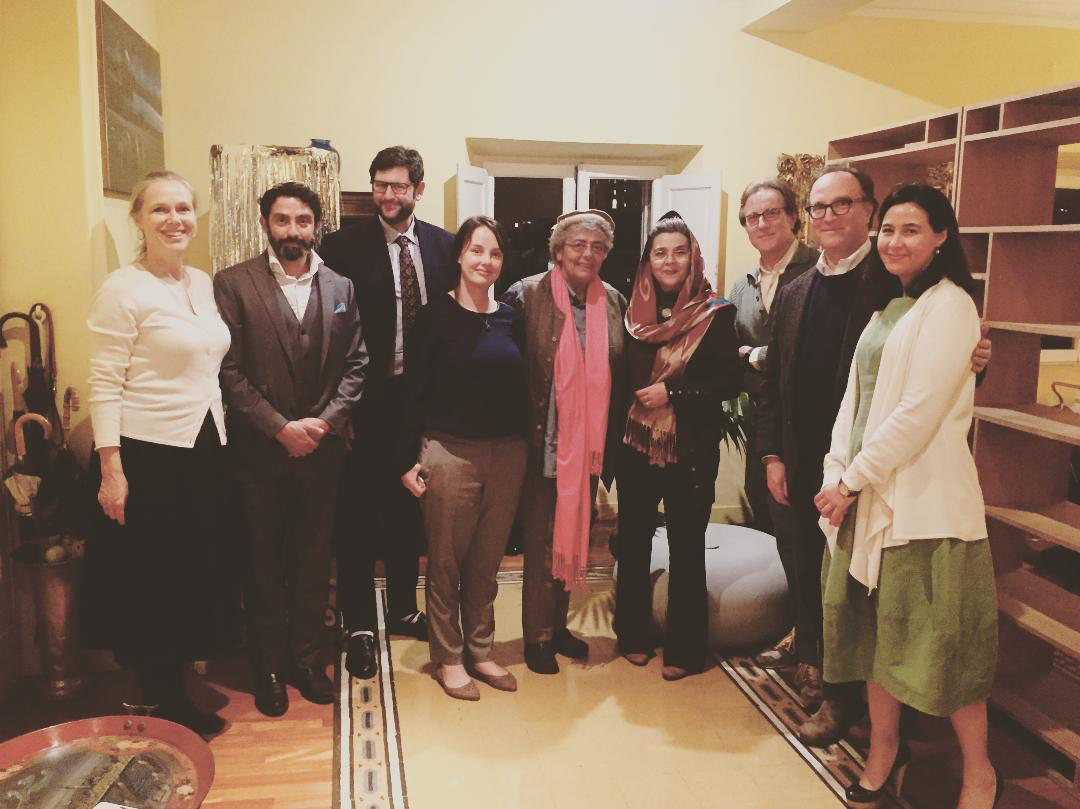 19 February. Pietro Aretino and the Art of the Renaissance, Uffizi Galleries, Florence.  Dr. Enrico Parlato ‘85GSAS University of Viterbo, a member of the scientific board of the exhibition, led Columbia alumni and friends on a fascinating tour of the exhibition. 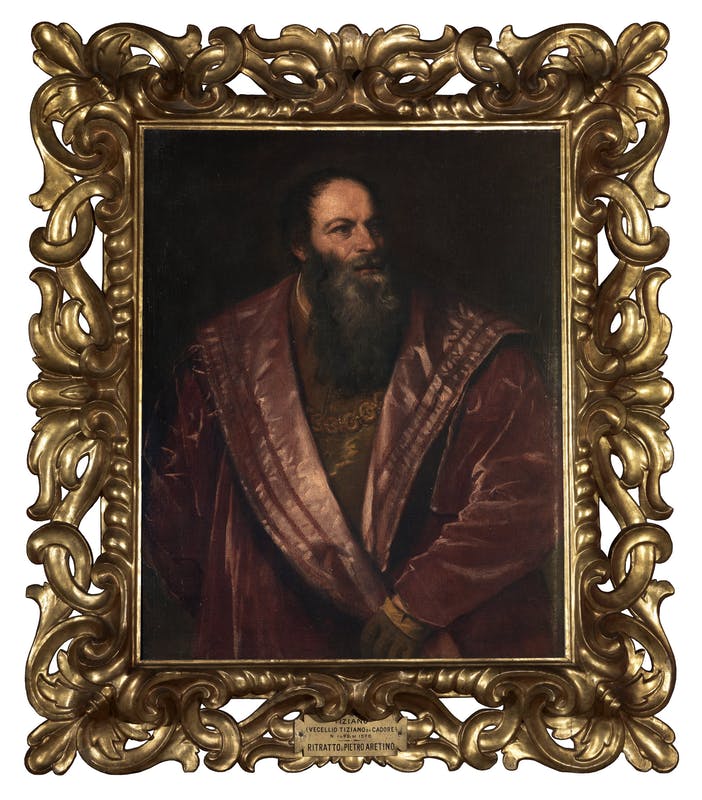 Poet, playwright, scathing wit, counsellor to the mighty and a talent scout of great artists, Pietro Aretino(Arezzo, 1492 – Venice, 1556) is known today chiefly for his celebrated, and scandalous, Sonnets of Lust. Yet he was in fact one of themost authoritative cultural voices of the 16th century, a thinker of whom the secular and religious powers alike stood in fear, a friend to the mercenary captain Giovanni dalle Bande Nere, to Cardinal Giulio de' Medici who brought him to the court of Pope Leo X in Rome, and to such masters as Titian, Raphael and Parmigianino who portrayed him in their works and with whom he corresponded enthusiastically and at great length. (courtesy www.uffizi.it)

Enrico Parlato is Full Professor of Italian Renaissance and Baroque Art at the Università della Tuscia (Viterbo), where he was hired in 1987. There he has been member of the departments of Foreign Languages, of Preservation of Cultural Heritage, and now DiSTU (Law, Foreign Languages, History, Philosophy), always teaching within the field of early modern art. Member of the board of consultants of the Istituto Nazionale d’Archeologia e Storia dell’arte, correspondent fellow of the Istituto Nazionale di Studi Romani, he has been adjunct professor at the Cornell University (Rome, program), visiting at Dartmouth College (NH), and the University of Lausanne. Starting with his dissertation on Filippino Lippi (Roma “Sapienza”, 1980), and the study years at Columbia University (M. Phil 1985), his research interests have been focused on painting and sculpture of the Roman Quattrocento and their connection with antiquarianism, with specific attention to Filarete and to late 15th century painting, concentrating on  long term aspects of Roman art, and continuity between middle- and early-modern ages.. Curator of an exhibition on Filippo Lippi’s Madonna di Tarquinia (Rome, Palazzo Barberini 2017-18), and collaborator on the exhibition of Pietro Aretino. 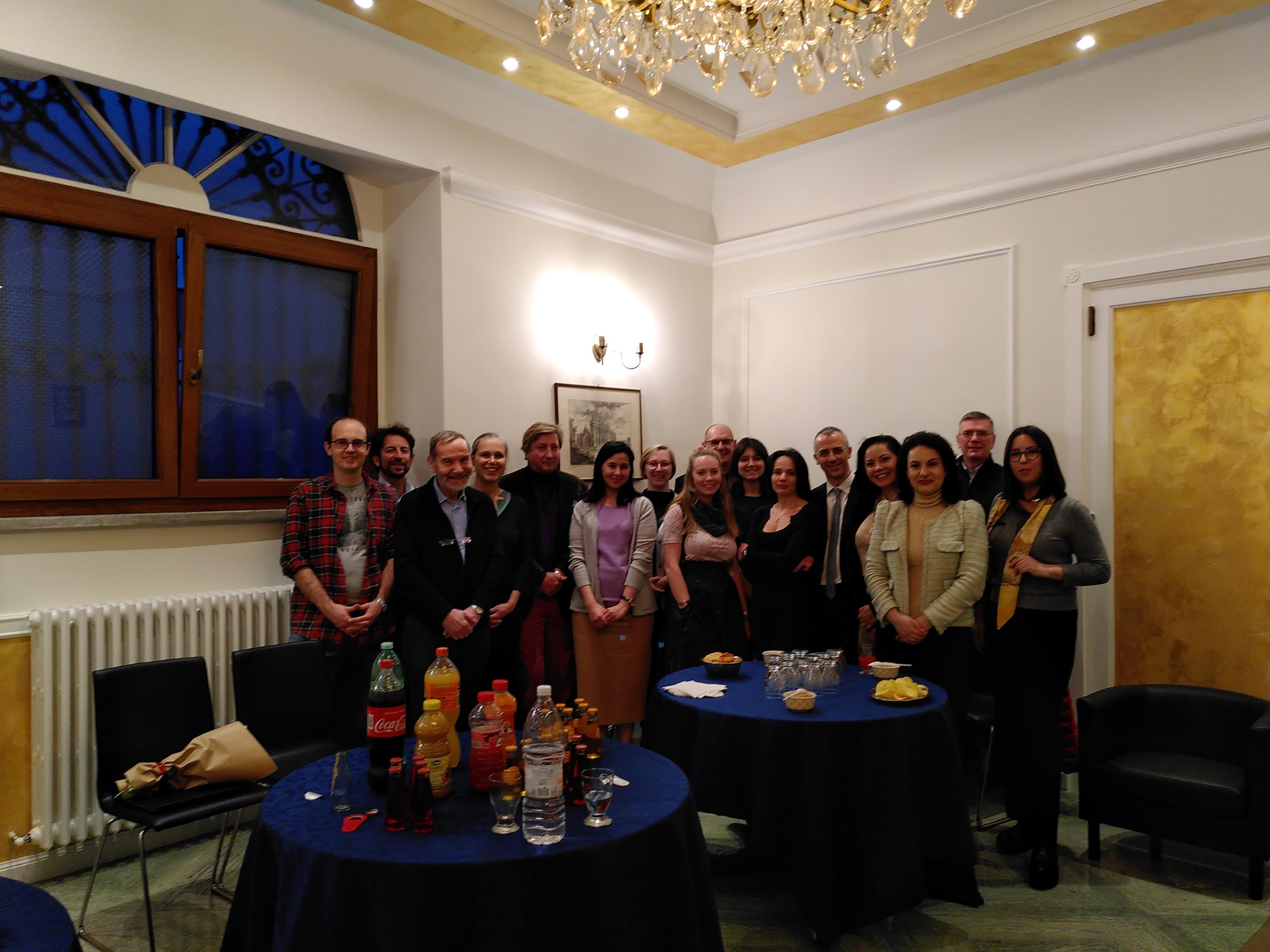 Commonly referred to as "the Biblicum,” the Pontifical Biblical Institute ibrary actually does not hold biblical or other manuscripts (the ones it owns have been transferred to the Vatican Library for safekeeping). Instead, our alumni and friends saw a rather unique library of close to 200.000 volumes for the current study of the Bible and its world. This includes what is apparently the largest Egyptological collection in Italy. It also includes a collection of hundreds of translations of the Bible, dating back centuries, and hundreds of current journals in the field. The library is located in Palazzo Muti Papazzurri, with some of the earliest cast-iron stacks. It also includes a frescoed room attributed to Giovanni Francesco Grimaldi and Niccolò Berrettoni. The Institute also contains a small collection of relief maps of the Ancient Near East, from  the 1920s. Circa 300 students from 70 countries are enrolled at the institute, which boasts  an international faculty.

Dr. Sievers took us on an extraordinary tour of a building many Romans have never visited. We saw books in Aramaic, Hebrew, Arabic, Greek, Latin, German, and even Roman dialect.  A fascinating tour closed with a delightful aperitivo hosted by the Rector of the Biblicum, the Dean of its Oriental Faculty, and Dr. Sievers, in a stately reception room.  https://www.biblico.it/professori/Sievers-CV.pdf.